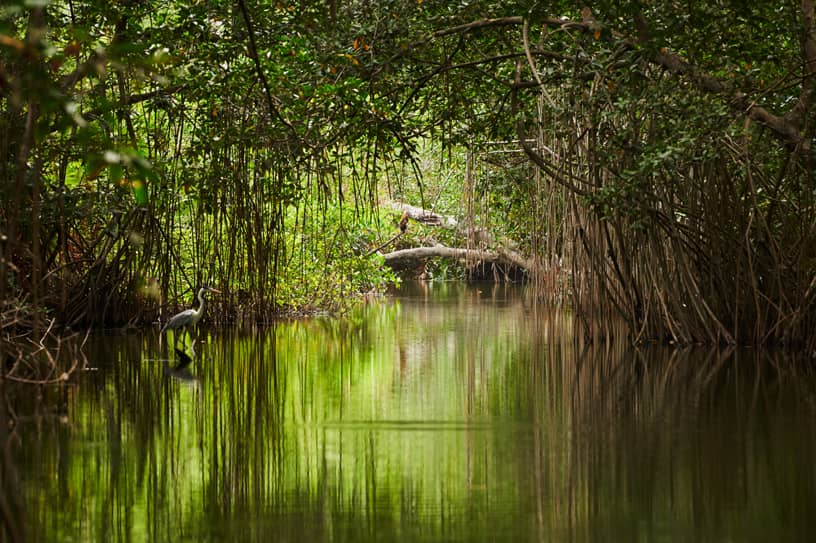 Sundarban Forest is the largest mangrove forest ecosystem in the world. It is home to India’s biodiversity, inclusive of dolphins, estuaries, Indian pythons, and the iconic Royal Bengal Tiger. The Sundarban’s tiger population is probably one of the largest, best-protected, and most-contained wild tiger populations, making it the world’s best hope to stop the extinction of wild tigers.

Not only does it have tremendous biodiversity, but it also offers several important ecological functions. Sundarban is a nursery for about 90% of aquatic species on the east coast of India. The livelihoods of millions of fishermen depend directly on continued health. It also acts as a physical shield that weakens the wind and waves energy of the Bay of Bengal cyclone, which can threaten the lives and livelihoods of millions of people living outside Kolkata.

It is located between the densely populated and extremely poor rural areas and the rising seas. Sundarban faces climate and demographic challenges, and if not checked, the biodiversity of forest ecosystems will be significantly reduced. The forests of Sundarban are threatened by increasing population pressures, extraction of excessive extraction, sanitization, rising sea levels, and climate change, and to survive by 2100, all challenges must be successfully handled. 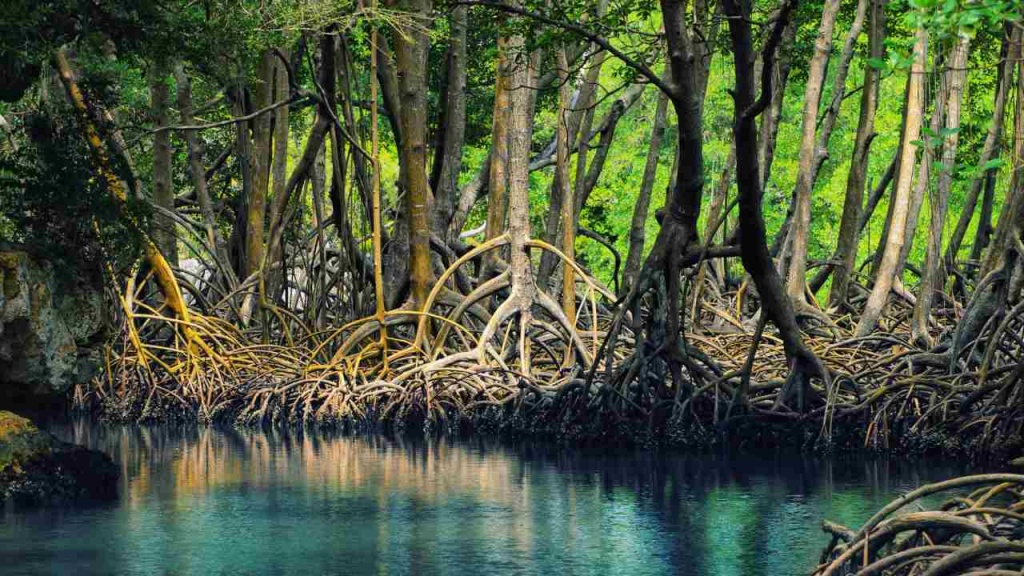 Biodiversity is all kinds of life that can be found in one area. It includes various animals, plants, fungi, and even microbes such as the bacteria that make up the natural world. Each of these species and organisms works together in an ecosystem like a complex web to maintain balance and support life. Food, clean water, medicine, shelter, and everything we need in nature is supported by Biodiversity.

Why should we Protect the Biodiversity of Mangrove Forest, Sundarban?

The robust root of mangrove trees helps to form a natural barrier against violent storm surges and floods. Sediments from rivers and lands are trapped in their roots, protecting shorelines and slowing down erosion.

2. They are Carbon Sinks

Coastal forests help fight global warming by removing carbon dioxide from the atmosphere, most of which are stored within plants. When the roots, branches, and leaves of mangrove trees die, they are usually covered with soil and immersed in the tide, which slows down material decomposition and promotes carbon storage.

3. They provide a living

Many people who live in and around mangroves rely on mangroves for a living. Wood is a reliable source of wood for construction and fuel and is appreciated for its strong resistance to rot and insects. However, in some regions, wood is commercially harvested for pulp, wood chips, and charcoal, which has raised concerns about sustainability.

Sustainable tourism offers a stimulus to preserve existing mangrove areas, along with the potential to generate income for residents.

If maintained at a sustainable level, ecotourism can provide the perfect motivation to protect mangroves instead of removing mangroves for large-scale tourism development.

5. It is rich in Biodiversity

Human activity has caused tremendous biodiversity loss in terrestrial and marine ecosystems around the world, putting many species of flora and fauna at risk.

How can we preserve the Biodiversity of Mangrove Forests?

To preserve the rich biodiversity of the Sundarban forests and improve the socio-economic profile of the region, the Government of India (GoI) and the Government of West Bengal (GoWB) have requested the World Bank to design a comprehensive program that responds to Development challenges in the Sundarban region through non-loan technical assistance (NLTA). The NLTA has assisted in preparing a variety of research to help governments (a) develop a strategic action plan that incorporates clearly defined and prioritized interventions to address life, property, and asset protection. (b) Increasing income and reducing poverty; and (c) conservation of biodiversity. 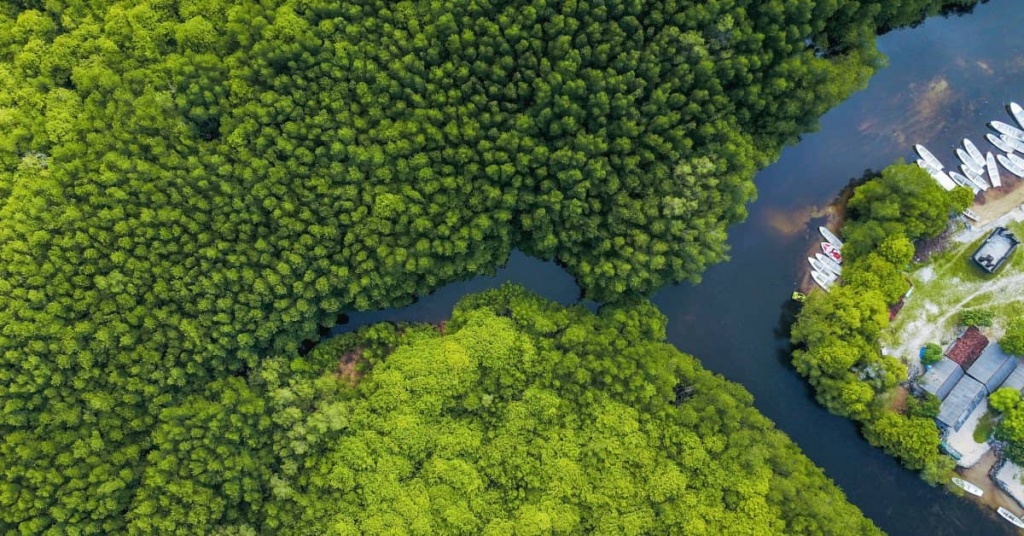 Sundarban tour is the result of a traditional tour and the suggestions of many wildlife lovers and naturalists who have participated in safari experiences in Sundarban and elsewhere. So, the Sundarban trip is for the rough-hearted and roaming animal lovers Worldwide in search of wildlife and WILD itself.

The chance to see wildlife is always greater, as you have the freedom to enter the jungle by riding a jeep or elephant. However, the Sundarban jungle is an island between the deltas, so the only way to see wildlife is by boat. There are few, but nature is well balanced in everything. Without entering the jungles of Sundarban, you’ll feel like you’ve become a mangrove itself by winding through narrow waterways and streams lined with mangrove trees. Enjoy joy rides, wildlife experience, nature learning practice, and many more exciting and thrilling things.

So, if you haven’t Planned the tour yet, do it now. 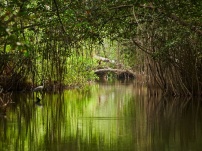 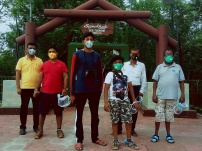 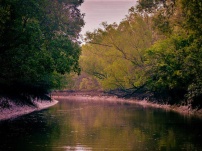 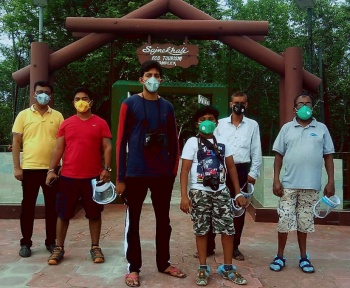 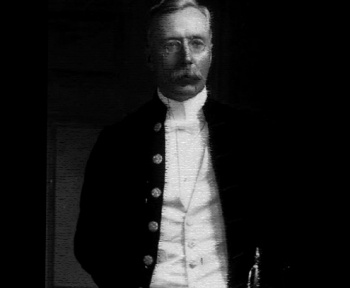 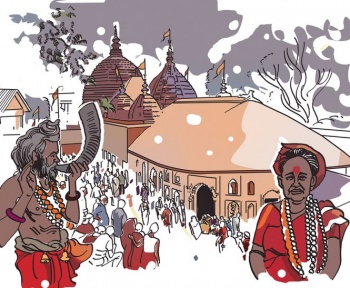